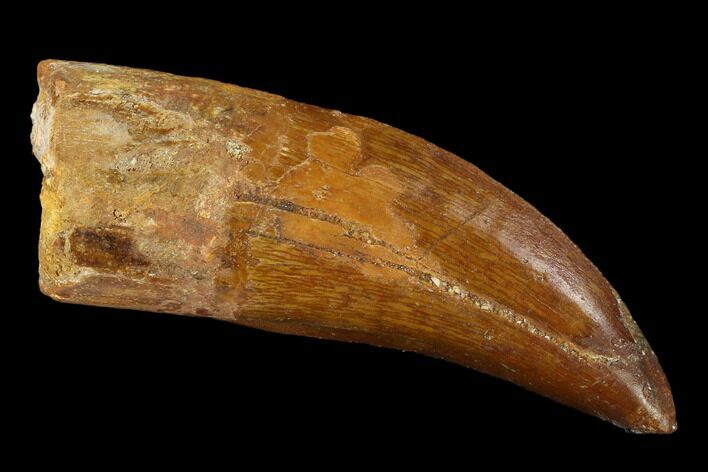 The tooth is quite thick in cross-section and probably came from near the front of the jaw. Nice enamel and visible serrations. There is some restoration to the very tip and a crack repair running lengthwise through the tooth.

Past the Turonian (93.9-89.8 mya), Carcharodontosaurus might have been replaced by the smaller abelisaurids in Gondwana and by tyrannosaurids in North America and Asia. The disappearance of carcharodontosaurids, spinosaurids and other fauna in Gondwana and across the world, suggests a global replacement event. Despite the event, fossils discovered in Brazil which appear to be carcharodontosaurids, indicate some survivors of this group until the latest stage of the Cretaceous. 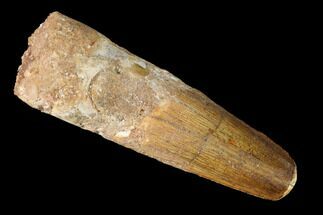 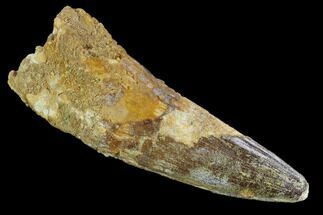 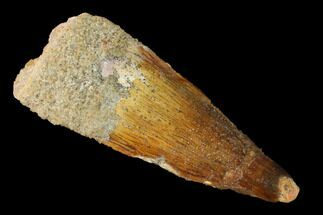