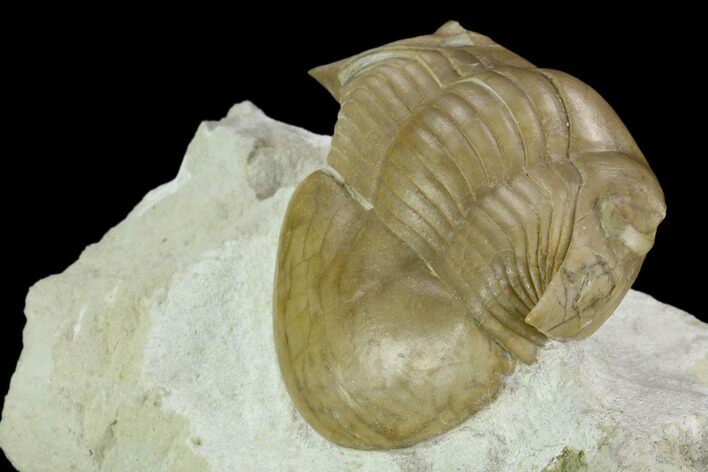 This is a nice, 2.2" long (if outstretched) Illaenus schmidti collected from the Vilpovitsy Quarry in the St. Petersburg region, of Russia. The head is tucked downwards.