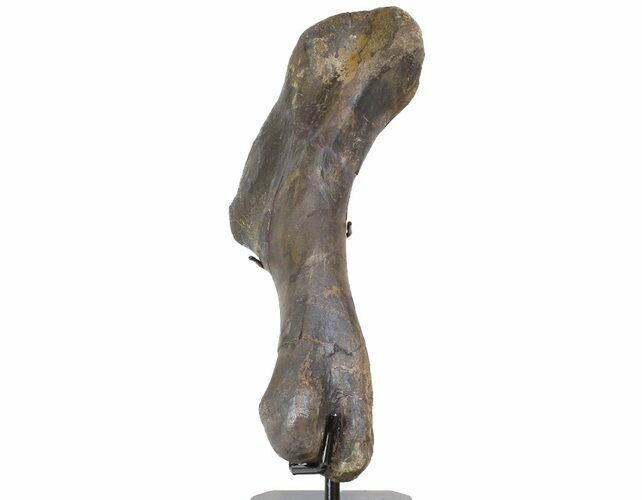 This is an exceptionally well preserved, 19.4" long Hadrosaur (Hypacrosaur) humerus (upper arm bone) from the Two Medicine Formation Montana. This humerus is from the right arm (front leg). The bone is in very good condition with almost no erosion and just some minor repairs and gap fill restoration in the repaired cracks.