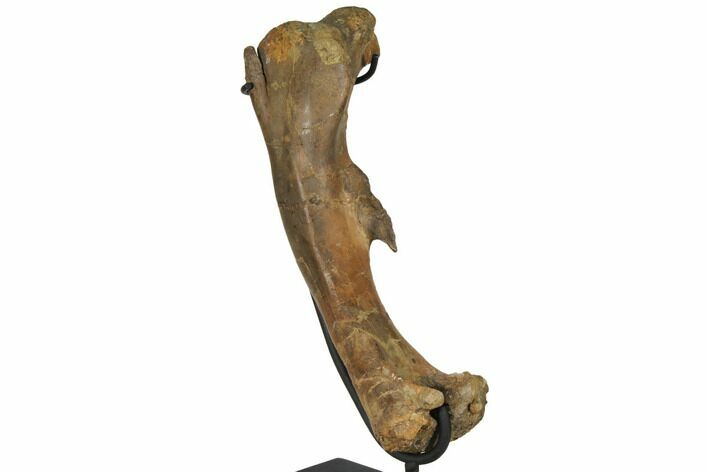 This is a 12.4" long femur of the dinosaur Pachycephalosaurus ("thick headed lizard"). It was collected from the Hell Creek Formation in Glendive, Montana. This femur comes with a metal display stand. When displayed on the stand, the entire specimen is 13.2" tall.

There are several repaired cracks throughout this bone, however the restoration is minimal with some gap fill scattered throughout some of the cracks.