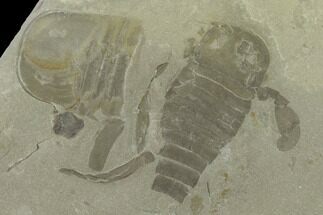 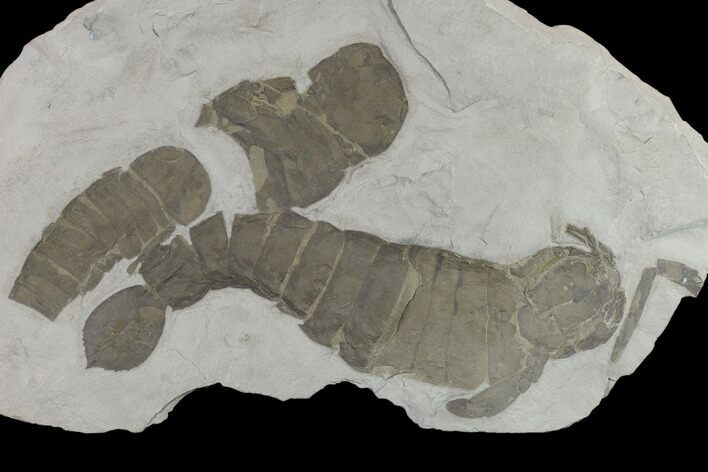 This is a 10.5" wide plate of Eurypterid (Pterygotus buffaloensis) fossils from Lang's Quarry in New York. Two partial Eurypterids are present on this plate, one of which is nearly complete. Comes with an acrylic display stand. 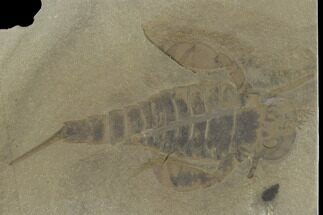