Fossils
Crabs, Lobsters, Shrimp, etc
Fossil Crabs
Horseshoe Crabs
Horseshoe crabs are Arthropods of the Family Limulidae, Order Xiphosura. Related to Eurypterids, they first evolved during the Ordovician Period, about 450 million years ago. They are brackish water dwellers with a large shell, tiny eyes, and a tail. Sometimes labeled as "living fossils" there are four species still alive today. Horseshoe crabs are rare in the fossil record, but some examples can be very striking.

What Are Horseshoe Crabs?

Horseshoe crabs are arthropods. They had a large shell covering the internal organs and legs, with only a tail sticking out. They likely lived in the marine and brackish water of river mouths and shallow oceans.

When Did Horseshoe Crabs First Appear?

Horseshoe crabs evolved during the Ordovician Period. The oldest horseshoe crab fossil was found in Manitoba, Canada and was 445 million years old.

Horseshoe crabs have described as looking like round nose battle tanks, but at least one group of researchers thought one fossil found in Idaho looked like Darth Vader. They have a shell that covers their entire body except for the tail, two small eyes on top of the shell with 6 others around the edges of the shell and a thin tail sticking out the back. Living Horseshoe crabs are grey, green and brown. 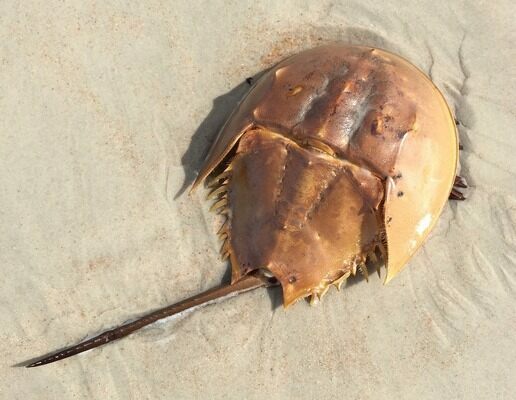 No. Horseshoe crabs are more closely related to spiders than to true crabs. Like spiders, horseshoe crabs do not have mandibles for grinding food, instead they have two appendages for moving food into the mouth. They also lack antenna.

Where Are Horseshoe Crab Fossils Found?

Horseshoe crab fossils have been found world wide, Siberia, Lebanon, Spain, Morocco, Canada and the US. The oldest fossil Horseshoe Crab was found in Manitoba, Canada, Vaderlimulus (Darth Vader) was found in Idaho. The Jurassic-aged Solnhofen Limestone of Germany produces some of the most exquisite and well-known specimens, some of which have been found with "death trackways" leading up to the fossil. 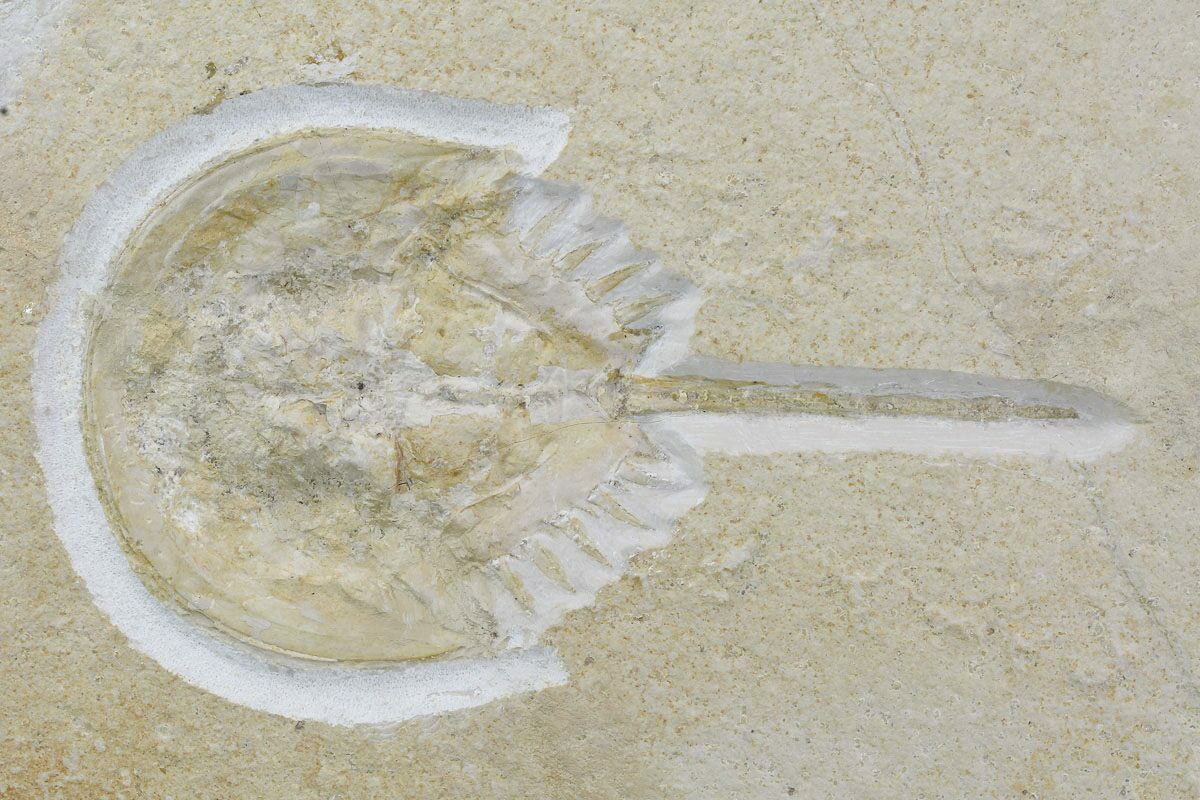